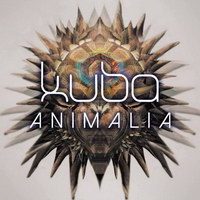 Laurence started playing guitar aged 7. By the time he was 12 years old he was playing with bands covering Hendrix, Pink Floyd and other such rock classics ! At 12 he started his own band BTM, which went on to support Senser, Noah and other respected bands of that time. Around 1996, more intrigued by psycadelic music, allready having developed a love for bands like Floyd, Ozric Tentacles and other psy-rock bands, after borrowing a SH101 synth and aquiring an Atari computer, Laurence delved in to the world of psy-dance music.
After a few years writing trance and partying, he re-discovered his guitar, and began writing more chilled out, world influenced music. In 99 he collaborated with Humphry Bachuss (ex manager of Dragonfly records) and Youth (award winning producer, and songwriter) and drummer from Opus 3 (Nigel Walton) on a few tracks, one of which for the LSD comp 'mana medecine'. Laurence then hooked up with Michelle Adamson (Spongle, Infected Mushroom) writing 4-5 dance and chilled tracks. Laurence then met Russell Davies, son of Dave Davies co-founder and guitarist of the Kinks, and wrote 3 breaky-chilled tracks, some of which were lisensed to Zulu lounge - Mexico. 2002 saw he playing guitar, bass and strings on a comercial project produced by Youth, which led to a run of gigs round the country. Laurence had allways had a love for dub-reggae and ska, which was to have a profound effect on the music he was going to write. In the last 3 years Laurence has done remix's for bands including Suns of Arka, the Orb, John Martyn and more ...